We are all doing the best we can out here on Earth.

It's easy to look around and question someone else's seemingly easy life... Easy, yes but fruitful- (never). I try to keep my eyes in my own lane, attempting to achieve my own personal best each day with the tools and circumstances and gifts (and load of crap) I've been given. Keeping my eyes in my own lane without ever losing the ability to empathize with other humans on their own easy, hard, sad, happy grand walk is my intention. Author and Spiritual guru Ram Dass said, "We are all just walking each other home", and I believe that to be true in my core.

The World vibrates with Civil unrest, the needle of change moves in waves, and much much much too slow. Almost a year ago, a Black man named George Perry Floyd was killed during an arrest after a store clerk alleged he had passed a counterfeit $20 bill in Minneapolis. Derek Chauvin, one of four police officers who arrived on the scene, knelt on Floyd's neck and back for 9 minutes and 29 seconds. While dying on the asphalt surrounded by people, George called out for his Momma. It was gutting. After his death, protests against police brutality, especially towards black people, quickly spread across the United States and internationally. The trial's closing arguments ended today. I pray for justice for his life.

My front row seat into advocating for a marginalized group has taught me so much. Opened my eyes to so much I wish I couldn't see. But I will never ever pretend to know the fear and pain and discrimination our Black brothers and sisters feel daily.  But for some reason, so many white folks do not have the ability to just TRY to imagine what it's like to navigate this confusing world (life is hard!) while also being pushed down by systems that benefit some and hurt others.

I wish that people could do a ride along with Law Enforcement, and see first hand what it looks like to "Protect and Serve." Police Officers are subjected to violence, firearms, high speed chases, and more. It affects their physical and mental health, as well as their entire family. If it was my job to protect and serve, y'all would be screwed. I couldn't do it. There are lots of good men and women out there doing this often thankless job.

I really wish that white people could spend a day in the body of a Black person, especially a Black Momma or Dad in America today. To see the discrimination (such a shiny word for a sentiment that basically says- you are not as human, or not valued like I am) first hand. To have "The Talk" -the right of passage where Black children get warnings and lessons from elders about how to avoid – and survive – police encounters. That's outside of all the other talks (drugs, sex) all parents need to have with their children. It doesn't matter your socioeconomic status or your profession- if you are Black, you are at risk. Once you become a parent- your worry and anxiety about the world, and your child's well being keeps you up at night. Add being Black to that- no matter how hard we try, we can not imagine how much harder that makes it.

This is not up for debate. This isn't a differing opinion. There are so many racists in this world. I've seen their comments on Social Media come out tenfold since the killing of Floyd. People I thought I knew or respected saying awful discriminatory or willfully ignorant things. Yes, there are SO many good cops who DO NOT deserve to be lumped into into the negative and defective group of Law Enforcement, and there are also SO MANY Black people who are good and don't deserve to be treated poorly (at best), discriminated against or murdered.

So I speak up. Because a system that protects me can also harm others, and that's not ok. This goes so far beyond Law Enforcement issues, but it's one of the most pressing ones. And because I've seen that it's lonely, and terrifying to be on the oppressed end of a system that helps other kids, and hurts mine. And so so so many times I saw the blissfully unaware going about their lives and I wondered- Why don't YOU speak up? Your quiet is so LOUD.

It's easy to forget that we are all just walking each other home. It's not right for some to have to walk alone.

Almost three weeks ago, I had surgery on my left shoulder (Distal Clavicle Excision- basically cutting off some of my collar bone because it was jamming into my shoulder). I had my right one done in 2014 when Grey was 5 and Parker was about 3. Michael left for a work trip three days after my surgery, and I don't know how I survived. I didn't regard healing as my job- I saw it as something that was getting in the way of the boys crazy therapy schedules and our life. I remember trying to schedule Physical Therapy in the short windows of time I had free. I would be there, watching the clock the whole time until the time I had to go to pick up or drop off.

But this time, I've been healing like it's my job. Because age has taught me that if it's broke, you GOTTA fix it (or three more things will break). Because time and aches and pains have actually taught me to honor and treat my body with awe and kindness and gratitude for what it can do. 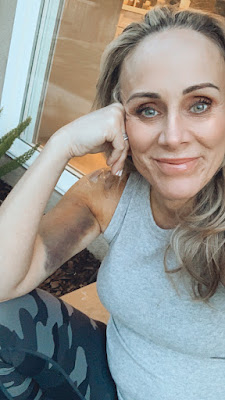 Luckily this bruise didn't feel nearly as bad as it looked.

Just that mental shift alone (from thinking- this is a burden to -this is a blessing) has made me truly heal so much faster. Physical Therapy for stretching and strength, Arnica for bruising, advil, tumeric and ice for inflammation, Acupuncture, a diet rich in protein, fruits and vegetables, 100+ ounces of water a day, moving my body daily, and no booze. It feels good- like purpose. Like controlling the parts I can control. 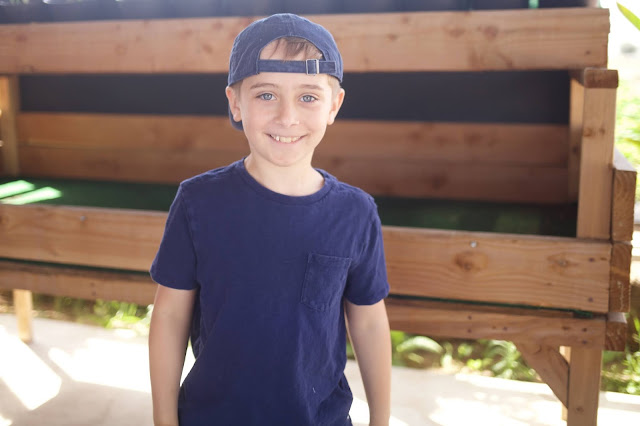 Parker turned TEN this week. For once, I'm at a loss for words. He makes the hard parts of life so much easier. He makes the walk fun. 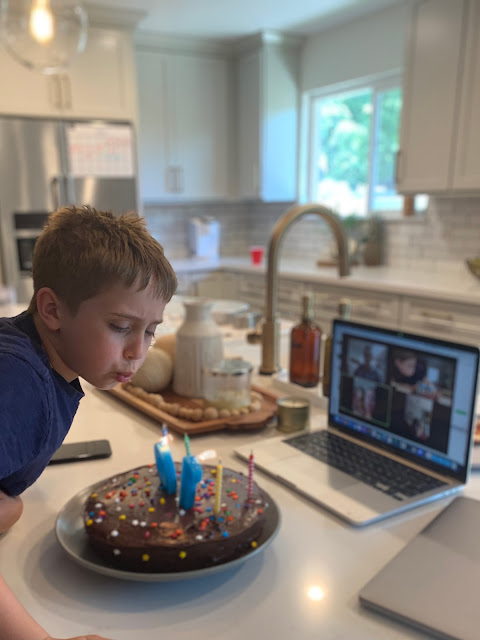 We and sang with my Mom and sisters and the cousins in Missouri. I miss my family.

I can't believe it's been a decade since I met newborn baby him. Every year with him is my favorite. He's creative and hilarious and just so fully embraces being his Parkery self. He's obsessed with making videos, and Thomas the Train. He's as wreck-less and dangerous as ever.

Life goes by so fast, but we don't have to. Today, take your time, go slow, and count your blessings. 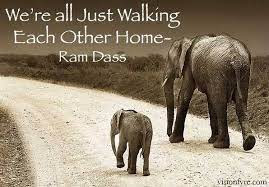